The Art of the Australian Breakfast 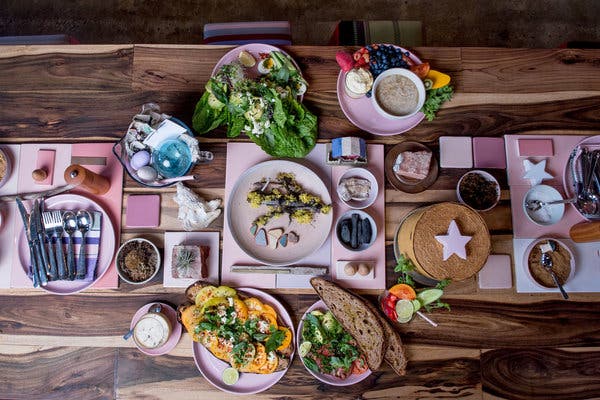 The typical New York breakfast — something fast and greasy, brownand starchy — has never caught up to the food we eat the rest of the day. It’s not easy to find something appetizing, much less beautiful, in the morning rush.
That’s probably why, along with the advents of Instagram and the gig economy, New Yorkers have taken to the modern breakfasts served at the city’s rapidly multiplying Australian cafes. This cooking style features bright mashups of foods that are healthy, natural and luxurious all at once, and that even the most hardened bacon-egg-and-cheese lover may not be able to resist.
Cafes like Two Hands, Ruby’s, Flinders Lane, Banter and Five Leavesserve plates of organic porridge with raw honey and grass-fed cream, free-range poached eggs with local bacon and roasted broccoli, and all manner of avocado toast, garnished with everything from pickled onions and hoja santa to sesame seeds and shiso leaves. Even the proliferating chain Bluestone Lane offers not only avocado toast but an entire “toast bar,” with sophisticated spreads like almond butter and citrus curd.

Dozens of these Australian-style cafes have opened in the city in the last decade, serving their simple and sophisticated version of breakfast all day long, in a British-Mediterranean-Asian vernacular that echoes the food of chefs and writers like Neil Perry, Yotam Ottolenghi and Donna Hay.

This is not a coincidence. A trade agreement between Australia and the United States, which included a flexible new work visa specifically for Australians, was signed in 2005, after the country’s strong (and still controversial) military support for American operations in Afghanistan and Iraq. Several thousand Australians, most of them young adults, have arrived every year since 2005. Sometimes it seems that all of them have just opened cafes, or are waiting tables in one.

This is especially true in New York’s trend-incubating neighborhoods like NoLIta, Williamsburg and Greenpoint, where these cafes have clustered, and where many local residents don’t work day jobs, or work remotely. As in Australia, where the tech sector and gig economies are also growing, this frees up time to breakfast on kale polenta with a fried egg and linger over pancakes and porridge — and to post a photo of the latte art atop your perfect flat white (an Australian espresso-and-steamed-milk drink that is neither a cappuccino nor a latte). 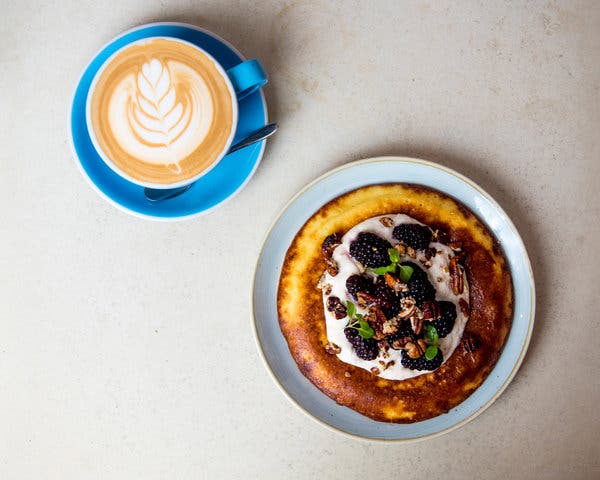 “Breakfast in Australia can last until it’s time for a beer, if you work it right,” said Nicola Palmer, a graphic designer from Canberra who lives in Williamsburg.

Read more about it here:
https://www.nytimes.com/2018/07/24/dining/australian-breakfast.html
Posted by Coffee Blogger at 5:09 AM