Renowned as an iconic landmark within Australia, the Sydney Opera House has become one of the most distinguishable and impressive buildings in the world, opening officially in 1973. The build has since embedded a number of sustainable features to ensure the Opera House continues to provide key advantages within both construction and tourism sectors. 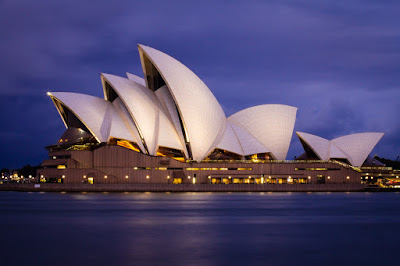 Located at Sydney Harbour, close to Sydney Harbour Bridge, the Opera House contains several concert areas and social spaces, such as cafes, bars and restaurants, becoming one of the top tourist spaces within Sydney. We take a look at the tumultuous history of the Sydney Opera House and how it continues to inspire architects and designers.

Designed by Danish architect Jørn Utzon, who won the bid through an international competition, with over 200 entries, Sydney Opera House has since won a number of design and engineering awards, costing a total of $102 million.

The external expressionist design is striking, encompassing a number of precast shells which create the roof structure, supported through precast concrete ribs. Although from concrete, the rest of the building is predominately constructed from granite, sourced within New South Wales, in addition to glue laminated timber, which is supported through concrete piers.

Through incorporating several performance venues, the Opera House is able to undertake over 1,500 annual performances and is home to four companies based within Australia: the Sydney Symphony Orchestra, Opera Australia, The Australian Ballet and the Sydney Theatre Company. The concert hall is the largest area, encompassing the largest organ in the world and seating over 2,500 guests. Other theatre areas within the building are slightly smaller, seating from 500 to 1,500 seats.

Although Utzon’s design was originally selected, conflicts in the build’s construction and design led to Utzon’s resignation before the builds completion. Leading architect Peter Hall took on the project and has become renowned for completing the interior of Sydney’s Opera House and bringing Utzon’s construction into reality, albeit several structural changes.

The building has become increasingly sustainable, achieving a 4 Star Green Star Performance Rating from the Green Building Council of Australia, becoming a UNESCO World Heritage Site in 2007. There are aims for Sydney Opera House to become carbon neutral and increase the percent of recycling undertaken in construction and refurbishment. To highlight their continued efforts, the Opera House has also won two Green Globes in 2014 and 2015.

Originally seen here:
https://www.constructionglobal.com/major-projects/sydney-opera-house-brief-history
Posted by Coffee Blogger at 3:21 AM