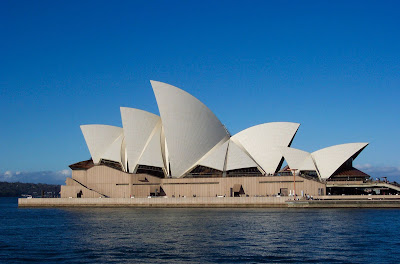 NSW Premier Gladys Berejiklian has expressed regret over how the debate around projecting horse racing promotions onto the Sydney Opera House ended in a messy public brawl.
But the Premier did not rule out considering putting The Everest or similar events up in lights on the iconic shells if they came across her desk again.
More than a thousand protesters, including Australian singer Jimmy Barnes, shone smartphones and torches in an attempt to drown out the projection of the barrier draw for the race onto the Opera House shells on Tuesday night.
The protest followed Racing NSW's decision to cancel its live barrier draw for Saturday's $13 million race, citing security risks amid ongoing public outrage.
The public turbulence began when 2GB shock-jock Alan Jones berated Opera House chief executive Louise Herron on air, calling for her sacking when she resisted the promotion because the building "is not a billboard".
The outrage spiralled into more than a quarter-of-a-million signatures on a petition against the promotion and race organisers, in response, conducted the draw in private in the morning and beamed its results on the sails in the evening.
The Premier, speaking with Nine Network on Wednesday morning, skirted questions about Jones' role in the decision, shouldering responsibility for the controversial call.
"I want to make it perfectly clear it was the government's decision and the government's decision alone," she said.
When asked if she "fell into line" behind Jones the Premier said the government had been working to reach an "amicable" decision with race promoters for a long time.
Ms Berejiklian called for the debate around the issue to carry on in a "respectful" way, saying she had been displeased with the way arguments had unfolded.
"I don't like the way the debate happened publicly and I don't like how people have been speaking about it to each other frankly."
Ms Berejiklian did not rule out considering the Everest and similar events again in the future in the same way.
"We look at every issue as it comes before us on its merits," she said.
"I hear what people have said about what they want to see the Opera House used for and what they don't want to see it used for."
"But as Premier for NSW I also have a responsibility to balance those views against promoting NSW."
Originally seen here:
https://www.9news.com.au/2018/10/10/03/34/battle-of-lights-on-opera-house-sails
Posted by Coffee Blogger at 5:14 AM

Email ThisBlogThis!Share to TwitterShare to FacebookShare to Pinterest
Labels: news in australia