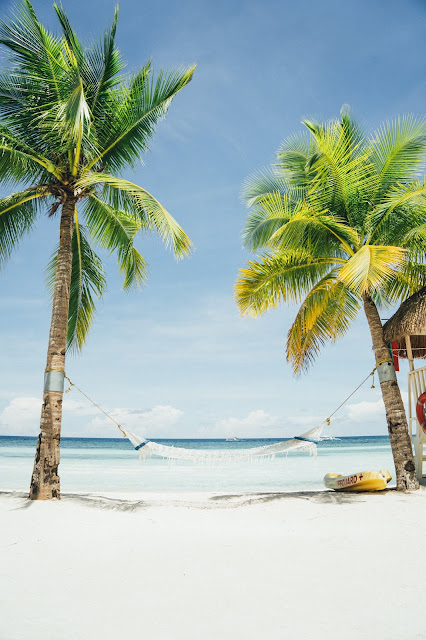 Bondi Beach, New South Wales
You've heard of this one, right? Sydney's world-famous  caters for all surfing levels. Eager surfers flock to the south side for its powerful right-handers, while novices enrol in one-on-one or small group lessons with . There are lots of popular cafés up Hall Street once you're done surfing. At  you can grab books with your bites.

Where is it?
Bondi Beach is a 30-minute drive from the city, and you can reach it by , taxi or car. Buses heading from Circular Quay to Bondi Beach take 45 minutes, while buses from Bondi Junction take 15 minutes. The Eastern Suburbs and Illawarra train line runs from Cronulla through Central Station and onwards to Bondi Junction Station.

Cabarita Beach, New South Wales
Cabarita Beach is a stretch of sand revered by Australian surfers. The break at Cabarita is one of the few places along the Tweed Coast that is sheltered from northerly winds and protected from large swells, which makes it a great spot for beginners. Luxury boutique hotel  enjoys prime position on the beachfront, and can arrange private surf lessons with Australian pro surfer Joel Parkinson, followed by a relaxed poolside lunch at the sophisticated hotel restaurant Paper Daisy.

Manly, New South Wales
is another of Sydney's more well-known locales. The wide surf zone produces good breaks the length of the beach, and this is one of the few Sydney beaches that handles southerly winds well.  offers group and individual lessons for beginners, while avid surfers can get their thrills near Queenscliff headland at the northern end of the beach. When you're done, there are dozens of beachside cafés: try  and  for a high quality coffee fix.

Maroubra, New South Wales
Located in one of Australia’s National Surfing Reserves, Maroubra is the perfect spot for an offbeat surfing experience. This picture-perfect beach, which is the longest in Sydney’s eastern suburbs, draws smaller crowds than Bondi and Manly, and has reliable beach breaks along the entire stretch of coastline.  offer beginners group lessons and private lessons at their Maroubra surf school.

Where is it?
The easiest way to access Maroubra Beach is by car. The beach is just a 12-minute drive from the city centre and 18 minutes from Circular Quay. City buses on the 395 Route run from Central Station every fifteen minutes.

Pambula River, New South Wales
On the far South Coast of New South Wales lies the Pambula River. The surf is erratic but exhilarating and popular when the conditions are just right, especially among seasoned surfers. The beach is surrounded by national parks where you can spot kangaroos, especially at dawn and dusk. After your surf, watch oysters being opened (and then indulge) at the nearby award-winning oyster farm, .

Where is it?
Pambula River is located south of Sydney. The easiest way to reach the river is a six-hour drive from Sydney to Pambula. Alternatively, you can fly from Sydney Airport to Merimbula Airport and drive 15 minutes to Pambula Beach.

North Narrabeen, New South Wales
North Narrabeen is loved by local surfers and visitors alike. This area has been declared a National Surfing Reserve and spans more than one kilometre (0.6 miles) of coastline. There are more than five breaks on offer including the Point, the Alley (a sand-covered rock shelf offering both left- and right-handers) and the Bombie (a break to the south, renowned for its separate waves in big swells). Head to the friendly beachside  for a post-surf burrito and a margarita.

Where is it?
North Narrabeen is considered one of Sydney’s Northern Beaches, a series of beaches that stretch along the coast. Driving from Sydney’s centre to North Narrabeen takes about 30 minutes, while a bus takes about one hour. The L90 and B1 buses depart from Wynyard Station regularly.

Byron Bay, New South Wales
This trendy coastal town is a popular hangout for hippies, hipsters, and surfers. The main beach in Byron is an excellent place to begin your Aussie surf experience with beginner lessons from . Single 2-hour lessons or packages of five lessons are available, and women have the extra option of choosing a females-only course for ladies who want to brave the waves.

Lennox Head, New South Wales
A seaside village in the north of New South Wales, Lennox, as the locals call it, sits between the popular tourist towns of Byron Bay and Ballina. Once a sleepy town, the area is now popular with holidaymakers and surfers, and the break offers a great right-hander. If you're visiting in July, watch as the best junior surfers in Australia compete in the Skullcandy Oz Grom Open. Feeling inspired? Book a lesson with World Champion Surfer  for some pointers.

Noosa Heads, Queensland
Noosa Heads, on Queensland’s , is renowned for its expansive beaches, and many Australians make the annual pilgrimage to the town over Christmas. There are five surfing points in the Noosa National Park, including local favourites Tea Tree Bay and Granite Bay. First-time surfers should stick to the gentle waves at Noosa Main Beach. Parallel to the beach, Hastings Street is packed with shops, restaurants and accommodation. Insider tip: watch the sun go down over drinks at the  on the beach.

Snapper Rocks, Queensland
Snapper Rocks, on Queensland's Gold Coast, is home to Australia's surfing crown jewel, the Superbank. The barrelling wave peels the entire way from Snapper to Greenmount Beach, making this break a must-do for serious surfers. Many surfers stay in and around the town of Surfers Paradise so they can experience the breaks between there and Snapper Rocks. If you're just starting out, the  offers private or group lessons, with surfboard and wetsuits provided.

Bells Beach, Victoria
Bells Beach, on the , attracts the world's finest professional surfers, and is the arena for the well-known surf competition, the , held each Easter (March/April). The beach is fringed by rock cliffs that make an excellent vantage point for watching the action. The swell is at its best during autumn (March to May), but bring your wetsuit as the waters of the Southern Ocean can be cold.

Where is it?
Bells Beach is a popular stop along the Great Ocean Road. It is a 1½-hour drive from Melbourne and an 8-hour drive from Adelaide. You can fly to Melbourne Airport from most other cities in Australia.

Rottnest Island, Western Australia
Just off the coast of Perth,  is one of the more enticing surfing spots in Australia. After you've arrived via a traquil ferry, rent a bike, put your board on your back, and ride to one of the island's 63 beaches. Strickland Bay, Salmon Bay and Stark Bay have well known breaks and there are numerous reef breaks on both sides of the island. Enjoy fresh seafood at  restaurant before heading back to Perth, or stay the night in one of the heritage-listed cottages on the island.

Where is it?
The easiest way to access Rottnest Island is from , a 30-minute drive from Perth. After you’ve arrived at Fremantle, you’ll take a 30-minute ferry to Rottnest Island. There are three ferry operators to the island and several services each day. Ferries back to Fremantle usually operate until about 6pm, though this may depend on the operator and time of year.

Margaret River, Western Australia
The  region, three hours drive south of Perth, may be internationally renowned for its wine, but it also boasts 135 kilometres (84 miles) of coastline, and 75 breaks to choose from. The breaks at Cape Naturaliste, such as the Farm and Boneyards, are protected from the winds and have a slow take-off so they're great for beginners. Further down the coast is Yallingup Beach, known for its left- and right-handers, and Smiths Beach, which attracts surfing's elite. Both  and  provide lessons for all ages and abilities.

Originally seen here:
https://www.australia.com/en/things-to-do/aquatic/australias-most-popular-surfing-beaches.html
Posted by Coffee Blogger at 4:12 AM